Algaia is a French biotech based in Brittany, and for good reason. Here it harvests the blankets of Atlantic seaweed on the coast and extracts products for use in food, cosmetics and more. Mission: To maximize the number of useful products you can extract out of seaweed.

Algaia uses seaweed as a source of useful food and cosmetic additives, such as alginate, which helps to thicken solutions to stabilize cosmetic gels, jelly and ice cream. A clear advantage over agricultural or chemical sources is that seaweed requires no arable land or fertilizers.

The headquarters of Algaia are conveniently located by the coasts of Brittany, where it employs local fishermen to collect Atlantic seaweed and transport it to the refinery plant nearby. The company also imports red seaweed species from Chile to extract carrageenan, which is another thickener in foods.

While it already has products on sale, such as cosmetic texturizers based on carrageenan, Algaia is also developing other applications for the marine algae. One example is refining seaweed to produce plant biostimulants — chemicals that beef up a crop’s health and resistance to stress.

Founded in 2004, the company raised €4M from a funding round last May to expand its production facility in another region of France. It was also loaned €1M in November to keep the company growing, investing and developing its production lines. 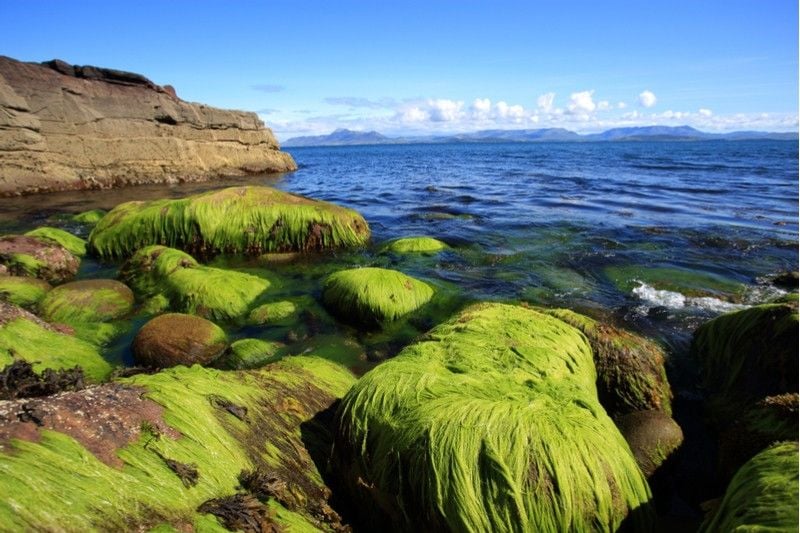 Increasing the number of products that you can extract from seaweed could create more environmentally-friendly sources of common food and cosmetic additives.

Bohin told me that Algaia has the edge in terms of breadth of applications for seaweed on offer. “This is probably the only company in the world to be able to biorefine fresh seaweed into those multiple applications,” he said. “Our refinery plants are uniquely located next to fresh abundant resources.”

With a big market in the EU, the seaweed industry is growing fast, making lots of opportunities for innovation in biotech across the field. “Recently, a €20M investment program was announced in France to farm seaweed in huge ocean water pools,” concluded Bohim. “In this context, benefits from seaweed extracts are being rediscovered in a vast range of industries where people are looking for natural solutions.”